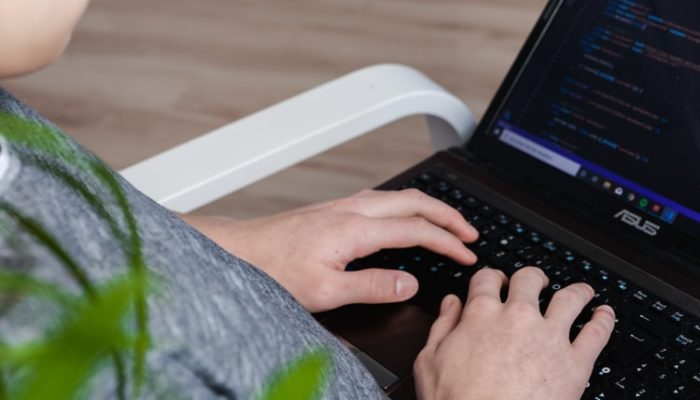 Node JS is an open-source server environment for JavaScript for carrying out coding at the server-side.

Node JS can run on various platforms like(Windows, Mac OS, Unix, Linux, etc.), and that is a significant reason behind its popularity.

Node JS can handle multiple client requests, and lets you share and reuse packages of library code, and facilitates the quick process of data syncing between client and server, the capabilities of Node JS makes it efficient with real-time applications.

NodeJS smoothly and efficiently processes multiple requests with little response time and also shares validation codes between both the front-end and back-end.

It allows a developer to build a highly extensive and dynamic application, write and maintain codes that can handle multiple connections on a single machine.

You can only optimize the usage of Node JS when you hire a Node JS developer.

Hiring a Node JS developer would facilitate the quick development process, and you can lay off your burdens onto them.

Let’s Figure out how Hiring a Node JS Programmer can Make your Life Easy:

When you hire Node JS developer, it is guaranteed that you’ll develop an application that is scalable and high in performance.

A Node JS developer is well-versed in C++, which is the basis of Node JS.

Hiring a programmer would bring out the development of an application that works smoothly and swiftly is multiple operating systems.

Node JS is updated regularly; hence the speed is always optimum, and the security patches are always done.

If you hire Node JS developers, he would know how to take advantage of Node JS architecture, which is single-threaded and event-driven, this would help you develop an app that can manage multiple connections effectively as well as simultaneously.

If you hire a Node JS programmer, you will get the benefit of efficiently building up an application that works superbly in all the device platforms.

The developer can reuse codes of web apps to desktop apps that are compatible with Windows, OS, and Linux.

By hiring a Node JS developer, you will be able to use tools and links provided by Google Chrome Developer and build-up profile desktop versions of apps. It also gives you the facility of debugging better.

The Node JS package Manager (NPM) has released an enterprise version, sustaining the privacy and security of large enterprises.

NPM allows the programmer to install, update, and utilize modules in Node.

Through these modules, the developer can avoid complex processes of app development. Thus the process remains easy.

This is the prime feature that makes app developers choose Node JS.

When you hire a Node JS programmer, your application would be built in little time.

As the programmer would know how to reuse RESTful APIs, and with these APIs, a connection can be made to the back-end without the process becoming complicated.

Even a massive amount of data can be easily managed with Node JS.

All of us know that users demand changes. You might need to adopt new techniques with the growing time.

This problem can be solved by hiring a Node JS developer; the developer would know that the significant Node JS releases have to be maintained for at least 18 months from the time they were built.

During this time, only bugs and glitches are identified and resolved; no new features are added in this while.

Maintain and update your app easily:

Why do you hire someone? To get a little load off your back.

So relax. When you hire a Node JS programmer, s/he would know that the user demand continually changes and what steps are to be taken to keep up with the pace.

The right Node JS developer would know that user experience is the topmost priority of every application.

Which is why hiring a programmer would ensure you create an application that is clutter-free, disturbances free, and highly superior in terms of functioning.

All this makes it really important to maintain and update an application from time to time. This could be worrisome and time taking for any product owner, but when you hire a Node JS developer, s/he will manage that. Her/his relevant knowledge skill would make it easy for you to keep updating your application with proper maintenance.

Hiring a Node JS developer would open up the gates of opportunities for you that you didn’t even see coming.

You can take full advantage of Node JS by hiring a Node JS programmer.

Make the right choice and hire the right Node JS developer so that your amazing product can reach amazing heights.