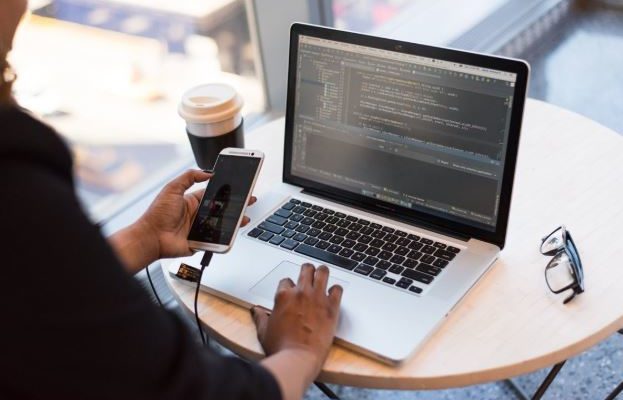 People with outstanding web coding skills are in great demand by IT companies around the world. They may need to slog for several hours at the workplace but draw competitive salaries due to their skills. According to an article published on https://www.inc.com, knowledge of programming languages is fundamental for engineers getting a degree from the top, accredited universities. Now, people passing from open universities may not manage to get the best IT jobs in the market but they can work for mid-sized companies provided they work hard, perform well, and disciplined in their work life.

Besides learning the basics of coding, you need to learn about these programming languages in-depth so that you can handle challenging projects. The engineers learn these languages because the salaries are high and therefore, they consider an IT career is the most promising one today.

Again, there are web development professionals who work full-time or as freelancers, making good money. Many people today do freelance consulting, work with international clients, and earn in dollars. There is no doubt about the same. Freelancing is an exciting career opportunity because you can work at your own pace and still make money. Then, full-time coding jobs are promising provided you get the salary based on your level of knowledge and experience. Therefore, for your better understanding, here are some of the top programming languages to learn to grab the best-paying jobs:

Java is one of the most sought-after courses that you can take up if you are an aspiring developer. It is the best programming language to develop server-side applications, mobile apps, and video games. You will also become a skilled Android app developer if you learn core Java, the preferred language of most developers around the world.

It comes with the write once, run anywhere mantra. It implies that the language is well suited for any device once you assemble the code.  It is developed to be portable and run successfully over several software platforms.

You can research online for Java books as well as study some of the tutorials related to the same. You will find it interesting as long as you have a penchant for coding. Java is everyone’s favorite. There is no doubt about the same.

You can develop enterprise-level applications and Big Data if you are skilled in this Java programming. You will find robust, open-source rapid development tools together with numerous open-source libraries. Struts, Spring, and Hibernate are a couple of popular mediums that leverage Java.

When it comes to Python, it is a one-stop solution. You will find a Python platform for almost everything, be it data analytics or web apps. There is no doubt about the same. Did you know that WordStream is developed in this programming language? It is one of the best and easiest coding languages to master with its simple and uncomplicated syntax. Python is the best coding language to learn for beginners because it is easy to grasp and understand as it has a user-friendly interface.

There is a reason why Python is so popular. That is because the search engine giant had invested in the same for the last couple of decades. Based on one of the latest findings, Python is the common programming language taught in most American schools. It has also been used to develop social media sites such as Instagram and Pinterest.

Therefore, if you have you are looking to build web apps, mobile apps, network servers, media tool applications, and machine learning look for digital marketing services to meet your business goals.

Based on the findings of a poll conducted by Analytics India Magazine 2018, 48 percent of the survey participants say that Python is the most essential language learned by a data scientist. This year, the percentage rose to 75 percent. The top users of Python include Pinterest, YouTube, Yahoo, Google, and Instagram.

JavaScript is not related to Java, as many people think so. It is one of the popular coding languages because JS is omnipresent on the internet, found everywhere. The language helps programming experts integrate interactive components to websites so that its presence is felt all over the web. As far as WordStream is concerned, there is a JS library known as JQuery to make JS work better than ever.

JavaScript is simple and it’s easy to understand syntax and running speed makes it outshine the other coding languages. It is usually used in client-based browser applications owing to its smooth running speed.

JS plays a pivotal role in front-end development together with CSS and HTML. It comes with a simple, flexible syntax used in most browsers. You can also leverage JS on server-side Node.js for web page content development. You will have a promising career together with a well-paid job.

When you see a C on a kid’s report card, you grimace. Maybe a little confused as well, right? Relax! When it comes to C in programming, it is not the grade C given in schools. It is the first coding language taught in colleges, which is object-oriented. The language is low-level enough to be similar to hardware but not that low-level that requires you to do everything manually. You will find numerous C compilers and code in this language so that you can run it almost everywhere.

Again, you can learn C++ that is a stable, flexible, and reliable language. The developers who aspire to become a system-level coder must learn this language and highlight the same in the resume. Did you know that Google Chrome and Microsoft Windows are two of the significant projects developed in C++?

When it comes to C#, it is best for backend coding for developing mobile apps and games based on Android, iOS, and Windows. If you are good at C, you learn C# easily as both have similar syntax.

Both C and C# have identical syntax to C++. When it comes to C, the language is used to in advanced computations, game developments, and graphics compilers.

Now that you know about these programming languages, learn about them and acquire the skills to grab the best jobs in the IT sector.