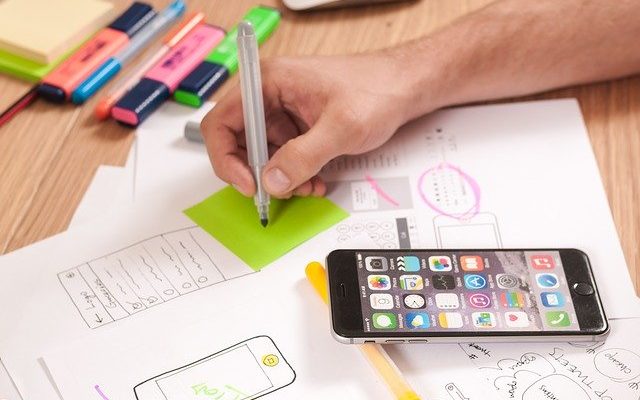 Mobile app development is one of the happening trends in the world. Every day, lots of improvements and advancements are occurring, which bear the fact, that how dynamic this field is.

There are plenty of mobile app development trends, which users and viewers should watch out for.

Blockchain technology has been adopted massively, by all the leading financial institutions like banks. The market is reaching up to 20 billion USD by 2024. The main reasons, for its advancement, is the usage of decentralized currency platform. New developers will be able to make major uses of this technology.

Another dynamic field, which will see a major impact of mobile app development trends, is in the field of Machine Learning and Artificial Intelligence. This year, the AI market is destined to reach 40 billion USD. Currently, AI is used extensively in the fields of medical and manufacturing.

This is due to its ability for capturing real-time events. Artificial Intelligence refers to the capacity of the machines to think like a human. Machine learning is a science, which relates to how a system can learn using data, see patterns and create decisions using minimum human action.

One doesn’t need to go very far to see the impact of on-demand apps. Just look at the popularity of famous apps like Uber and Zomato, then you will be able to know how fantastic it is. Already, in India, on-demand apps market has reached 300 million USD. It is growing at a rate of 20 per cent every year.

Wearable apps are one of the most prominent apps used on a daily basis, especially in the health sector. The apps have been used to obtain vitals like blood sugar and heart rate in patients. Wearable apps are used to increase the style and personality of the people. Analysts expect much more fancy apps to be introduced on the smartwatch. For example, in the future, you will be able to pay all your bills using a smartwatch.

Another very exciting mobile app development trends, to be watched out for, is the development of chatbots. A chatbot is a program, which simulates a conversation with humans over the net. In the future, chatbots will be the medium of communication between objects in this world. There should be real-time interaction between customers and service providers. It has been observed that users generally stop using a smartphone, after a while. So, innovative and exciting chatbot applications will be fulfilling this requirement, to keep the customer engaged.

Internet on Things is perhaps the most exciting trend to emerge in the future. By definition, the Internet of Things is the connection of computing devices, which enables them to send and receive data.

New sectors like education and eCommerce are used to utilize Internet on Things. IoT is made popular, by the capacity to interlink various aspects of an organization. Different components are allowed to enjoy incredible access to data within the office.

Augmented Reality and Virtual Reality, popularly known as AR and VR is perhaps the most exciting trend, which is to be expected in the future. AR meaning the interactive experience of an environment, which depicts the real world. A computer-generated image of the real world, which gives a composite view. Virtual reality is the technique, which represents the 3-D, computer environment, which can be explored and interacted by an individual. The AR and VR market is expected to reach up to 209 billion USD by 2022.