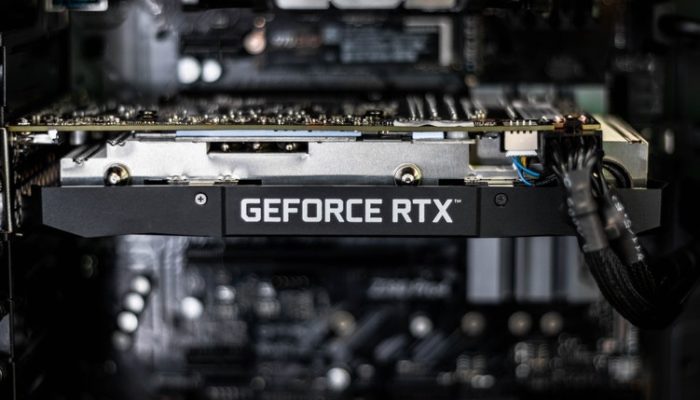 Gaming is not just about how easily you can beat the opponents, it all about how your gameplay is. If you can’t get the details of the field or your game won’t run smoothly, then of course you will miss some shot.

For this reason, you need the best graphics cards for smoothens your gameplay and give you the maximum output in details. Playing high requirement would be easy and getting the mission done on time would be a lot easier. If you are planning on getting a Chicken dinner in PlayerUnkown Battleground then you need to have these best graphics cards which can assist you in playing like professional.

One of the most expensive graphics cards for 4K resolution game setting with better performance than the rest of the graphic tools. The GPU core is 4352 and is better than 1080 Ti the previous version.

The base clock of the GPU is 1350 MHz while on the boost the clock can be raised to 1545 MHz. Overclocking is just for better performance but with most games base clock can work properly very well. The dedicated RAM is 11 GB and works on Ray Tracing deep leaning tech for detailed performance.

Nvidia GeForce RTX give you the best performance with 4K resolution with HDMI 2.0 port when connected to 4K display monitor. The GPU has 3 displayPort, 1 HDMI and 1 USB-C port for various uses. Playing games like Witcher 3 and Battlefield V on highest resolution won’t be a problem anymore.

In AMD tech line Radeon VII is among the best graphics cards that can give you good gaming experience under the cost that is bearable. The stream processor is 3840 which enhance the gameplay support and fast loading. Unlike Nvidia, it might not give you something extra but they are good in its performance when came to high-quality games.

Detailed graphical resolution and higher core and boost clock then Nvidia make AMD more powerful. The core clock is 1400 MHz but with boost it can be raised to 1800 MHz. The dedicated RAM memory is 16 GB and there are 3 DisplayPort of 1.4, and 1 HDMI 2.0 port for connecting to 4K source if available.

The best thing in AMD is its cooling system. With boost clock and core clock the heating is almost the same. The GPU doesn’t turns into furnace easily like Nvidia.

Unique, compact and highly build for small pc setting, Zotac is one of the most microATX pc GPU in the market. Performing the same function just like the rest but the size and compatibility is overwhelming.

The GPU consists of 3584 stream processor and core clock is 1506 MHz with dedicated memory of 11GB like the 2080 Ti. The dimensions of the Card is 211x125x41 mm which can be handled in small space PC system. The world smallest GPU has 3 DisplayPorts of 1.4, HDMI port and 1 DL-DVI-D port.

The performance is like the others with resolution, fps and detail graphic field. The RAM can handle a lot of Cache file and now you don’t have to worry about that. Benefit of the

To select a best graphic processor unit for your gameplay, always go for the one that best fit your game resolution setting. Almost all the games can be played easily with best performance with these three gpu. Zotac is the gpu for mini pc while the rest can be fitted in any system. Boost your gpu if gameplay is not smooth but that should be under the range otherwise it can damage your pc.