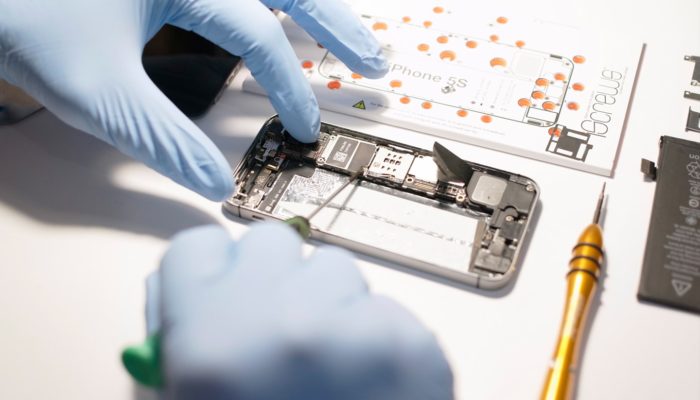 The gears of the smartphone industry’s advancement are turning simultaneously with that of a clock. With every passing second, the industry is augmenting its influence and command over the lives of millions. With such a deep-rooted hold of the industry, smartphones have become a virtual organ of the human body. And like every other organ, it needs regular maintenance for proficient functioning.

Consequently, the repairing industry, as well as the smartphone reselling industry, have surfaced as the paramount associate industries. At the same time, it is too early to say whether these industries will sustain their progression and pivotal position or not.

Indeed, no one can accurately foresee what the future withholds for all of us. However, we tend to seek a glimpse of the future by predicting events based on the current statistics. The same principle applies to the prediction of the future potential of the Smartphone Repair Industry.

On a general note, the smartphone repair industry possesses strong growth potential as the newest models of smartphones tend to be more susceptible to the damage. In consideration of the increased usage of smartphones, more people are likely to submit their phones for repair each day.  Moreover, the manufacturing companies usually have higher charges for repair than individual repair shops. Thus, smartphone consumers prioritize the repair industry over the manufacturers, which contributes to the positive growth potential.

Another factor responsible for increased success rates for the smartphone repair industry is the augmented customer service. Most of the smartphone repairing shops offer in-store, mail-in, and door-to-door facilities according to the customer’s feasibility. However, the manufacturing company’s repair center does not provide such variation.

Diving further into the topic, if you analyze the potential growth rate of an individual smartphone repair shop for the future, then you may observe great fluctuation. A smartphone repair shop will only be able to maintain constant prosperity if it consistently upgrades its staff. A well-qualified team that possesses complete knowledge about recent technological developments is likely to elevate its reputation. With a better reputation, the repair shop will be able to establish an active presence in the industry. Hence, generating traffic towards the shop and increase sales.

For the first quarter of 2019, the sluggish proceedings of the manufacturing companies brought little business to the reselling companies. This short non-remunerative period brought many young and feeble companies to a halt. Many comprehended this as the inevitable downfall of the reselling industry. But then again, the launch of several high-tech smartphones in the latter half of the year became a point re-emergence for persistent reselling companies.

Prediction is merely an estimate while uncertainty lingers in the background. While it may be easy to predict, no one knows about the upcoming future’s verdict. It is possible that the repair industry receives a significant boost with the failure of future devices like foldable phones. Or it is even possible that with rapid technology upgrades, we may not have to use smartphones at all. Well, one thing is certain that as long as humankind relies on the technology, repair centers and, reselling companies will continue to exist.